Working with the Law of Attraction CAN manifest abundance and success in your life and the possibilities of what you can achieve through this universal law are endless.

In a nutshell, the Law of Attraction states that sending out positive vibrations will attract positive things into your life, such as abundance, good health, and amazing relationships.

The following celebrities did not become successful and well-known because of pure luck. They became successful because they worked with the Law of Attraction.

The success of Oprah Winfrey is undeniable, and she is among the wealthiest women in the world. Oprah is an advocate of the Law of Attraction.

In her interview with Larry King, she expressed her belief in the Law of Attraction. She further stated, “The way you think creates a reality for yourself. You really can change your reality based on the way that you think.”

Another famous quote of Oprah related to the Law of Attraction is “Create the highest, grandest vision possible for your life, because you become what you believe.”

Lady Gaga is a well-known singer and songwriter. She is definitely one of the most famous singers of her time, with millions of fans all over the world. Lady Gaga used affirmations and mantras to attract success into her life.

In an interview, Lady Gaga said, “It’s sort of like a mantra. You repeat it to yourself every day. Music is my life, music is my life. The fame is inside of me, I’m going to make a number one record with number one hits.”

Eventually, this statement became true, and working with the Law of Attraction has definitely paid off for Lady Gaga.

Jim Carrey is known all over the world for being a successful comedian and actor. He is also a screenwriter and a producer and is best known for starring in The Grinch Who Stole Christmas and Bruce Almighty.

When Jim Carrey had nothing, he used visualization, which is one of the most common ways to work with the Law of Attraction.

Visualization means imagining something clearly and feeling that it is real in order to attract what you imagined into your life. In Jim Carrey’s case, he would go to Mulholland drive and visualize seeing himself being a famous actor and working with well-known directors.

During an interview with a fellow Law of Attraction believer Oprah Winfrey, he stated, “Visualizing made me feel better. I would drive myself home and say ‘They’re out there. I just haven’t got a hold of them yet.’”

Eliminate doubts and visualize “as if” you have already manifested your desire. This is how you can work with the Law of Attraction. It all worked out for Jim Carrey, it can work for you, too.

Another famous celebrity who worked with the Law of Attraction is Denzel Washington. Denzel is a famous actor, producer, and director. He has received Academy Awards, a Tony Award, and Golden Globe awards for his amazing acting.

Washington believes that if you clear your mind of hateful, fearful, and other negative thoughts, you avoid drawing negative things into your life.

If you focus more on your positive thoughts just like Denzel did, you will also attract positive things into your life.

One of the well-known celebrities who actively works with and advocates the Law of Attraction is Steve Harvey. He is a comedian, actor, and top TV show personality.

Harvey is very glad to know about the Law of Attraction because he firmly believes that whatever you see in your mind, you can hold in your hand.

The LOA is so powerful that Steve talked about in one of his TV shows, educating the audience about the Law of Attraction and how it helped him get to where he is now.

The Secret, which is a Law of Attraction book, was read by Steve many times. In his show, he stated, “ [The Secret] is the most powerful book outside of the Bible that I have read in my life,”

The book is based on The Law of Attraction and how that principle—once you master it—can help you find wealth, happiness, better health, whatever you’re looking for, relationships”.

You are destined for greatness and working with the Law of Attraction can help you be who, what, and where you want to be in life!

How Do I Attract What I Want Into My Life? 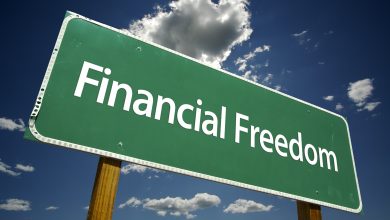 How To Use The Law of Attraction For Financial Freedom 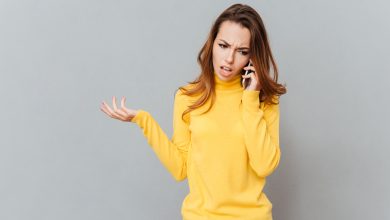 I Seem to Attract the Wrong Men, So How Do I Change This?

What Are The Most Important Tips For Beginners?